The first phase of the crowdsourcing experiment, during which citizens were asked to identify what are the major problems with air quality that their city faces took place between January 1 and March 31, 2022.

In total, 45 888 European citizens from 10 cities visited the designated platform of the phase, making 2385 specific comments about air quality.

Under the CODE Europe project citizens of Athens (Greece), Riga (Latvia), Tallinn (Estonia), Lisbon (Portugal), Burgas (Bulgaria) and Budapest (Hungary) made a total of 29 620 visits on the platform and made 1796  comments about air quality in their cities.

In parallel, under the project DigiDem, supported by the European Union via the Europe for citizens programme citizens of four more European cities: Amsterdam (The Netherlands), Berlin (Germany), Brussels (Belgium) and Podgorica (Montenegro) contributed to the platform with 16 268 visits and made 589 comments about air quality in their cities. 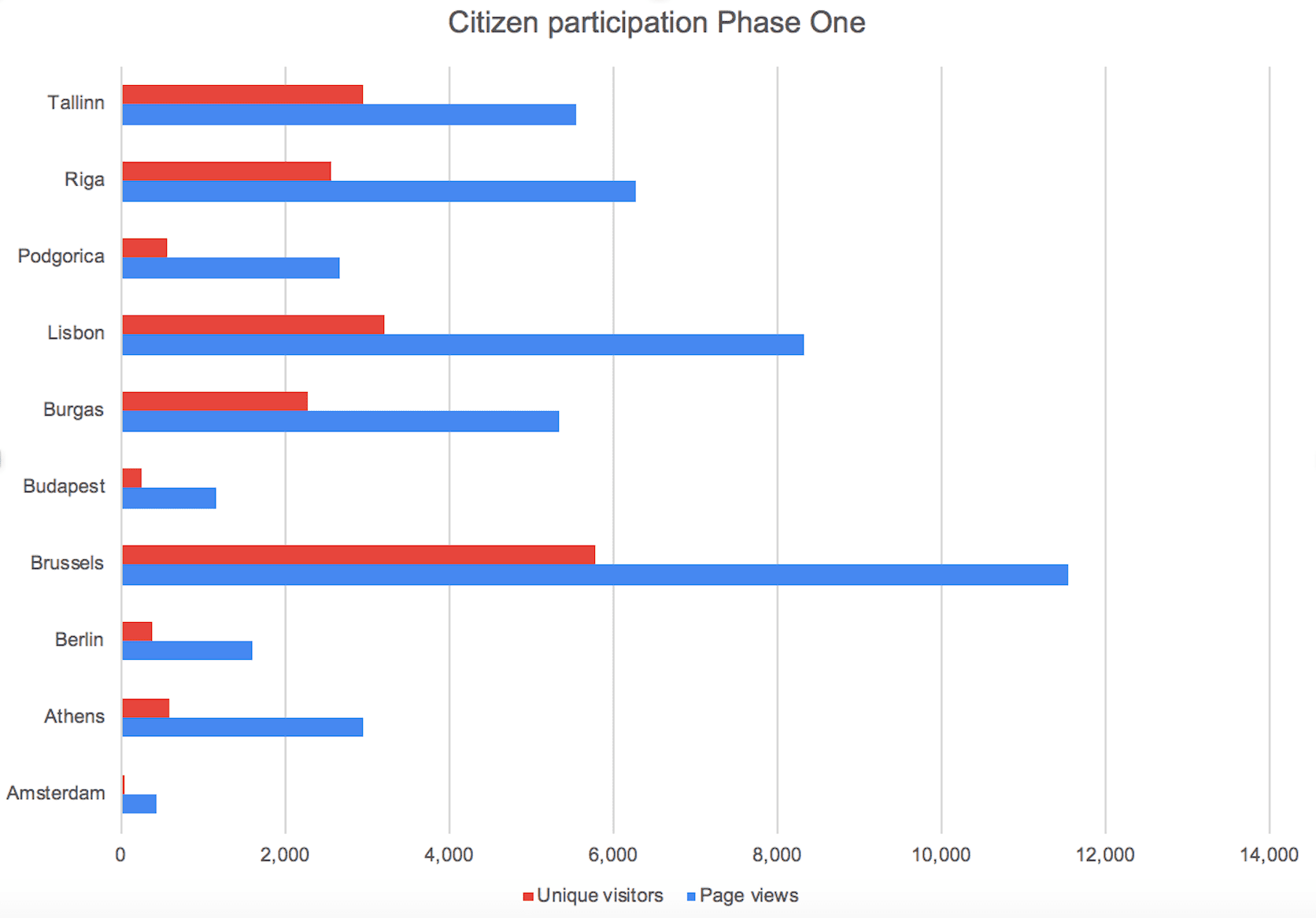 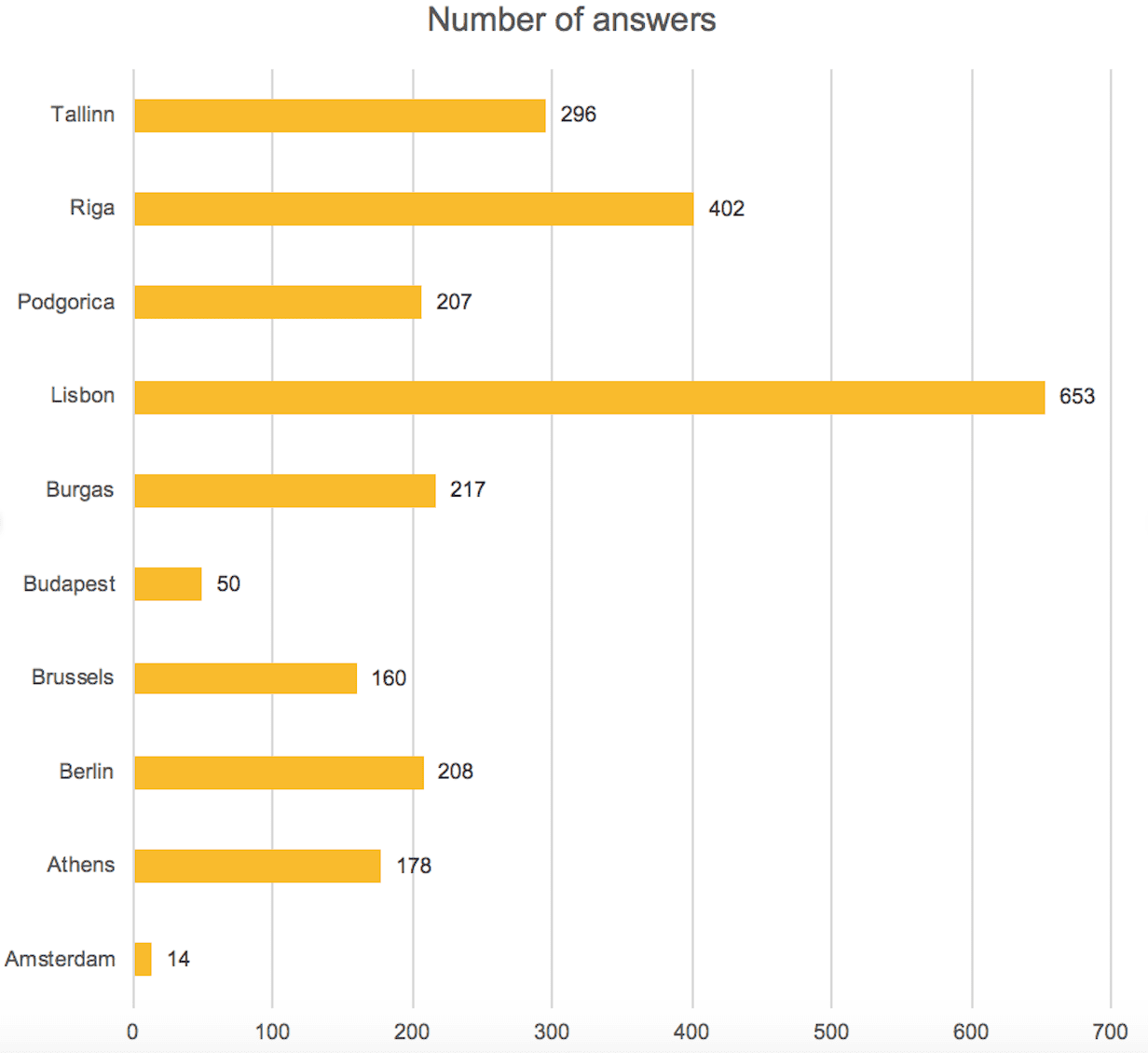