The second phase of the crowdsourcing experiment, during which citizens were asked to propose solutions to the problems with air quality identified during the previous three months took place between April 1 and June 30, 2022.

In total, 44 719 European citizens from 10 cities visited the designated platform of the phase, making 625 new suggestions how to improve air quality in their cities.

Under the CODE Europe project citizens of Athens (Greece), Riga (Latvia), Tallinn (Estonia), Lisbon (Portugal), Burgas (Bulgaria) and Budapest (Hungary) made a total of 31 914 visits on the platform and suggested 414 new ideas.

In parallel, under the project DigiDem, supported by the European Union via the Europe for citizens programme citizens of four more European cities: Amsterdam (The Netherlands), Berlin (Germany), Brussels (Belgium) and Podgorica (Montenegro) contributed to the platform with 12805 visits and made 211 suggestions how to improve air quality in their cities. 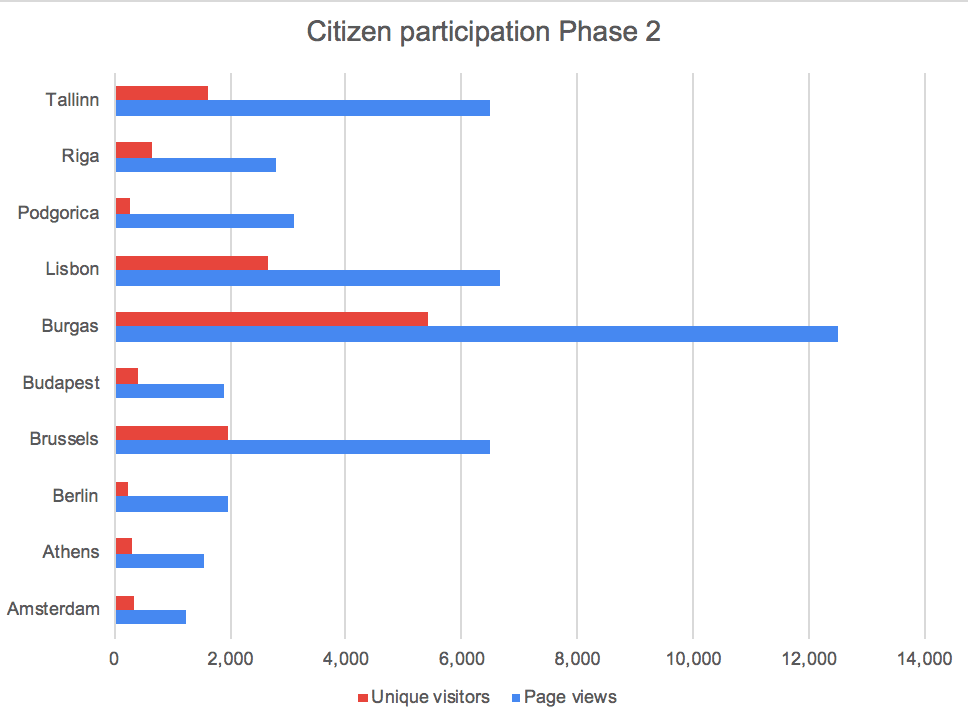